The Downside to Gratitude 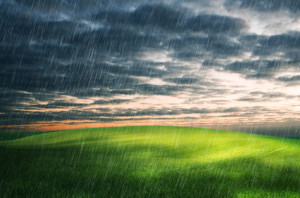 I think I’ve figured out why the human gestation period is nine months.

Because ten months is just too damn long to wait for something!

No, don’t get any crazy notions. Despite looking like I’m expecting child #5 these days, my immense chubbiness is a direct result of stress eating. More like overeating. Alright, let’s just call it what it is: uncontrolled gorging due to the fact that my son still isn’t 100 percent set on where he’s going to college in a couple of months.

Yes, he’s enrolled somewhere that we’re all pretty happy about, and I’m grateful and gratified to know that he’ll be at a terrific place if that’s where he ultimately ends up. But we Reisers don’t do things the easy way. Oh, no. We work our butts off to get tantalizingly close to where we want to be, and then we come to find out that we’re not quite at the finish line. I call it being part of the “89 Club”—always just a hair shy of getting in the A range.

Turns out the very last college decision my son received back in late March—decision #20—was from his top choice school. I’ll spare you the details of D-day, but suffice to say it involved texts from our excited mailman about the thickness of the envelope and a nervous, hopeful trip to the mail sorting facility in the next town—where my crestfallen boy found out he had, in true Reiser fashion, been waitlisted. Almost there, but not close enough.

He eventually made an enrollment deposit at his second choice, but remained on the wait list at choice #1, where the only thing he was told was that he’d hear something by mid-May. In the six weeks that followed, the poor kid went through a roller coaster of emotions: some days he wanted to give up the dream and fully engage where he had enrolled, but more often, he spoke from the heart and admitted how much he still wanted to go to his top school. Ultimately, he applied his most passionate and enthusiastic efforts to indicating his committed interest to the admissions committee.

Fast-forward six weeks. Another day chasing down another mail carrier. Another fat envelope. And another disconsolate pouty-face when the poor kid read the letter inviting him to remain on the extended wait list—an offer purportedly presented to only a small number of candidates from the original wait list. So back into the hole crawled Punxsutawney Phil, for another six miserable weeks of winter. Uh, I mean waiting.

And that’s where we are. More than nine months after he submitted his application, he’s still clinging to a teeny-tiny glimmer of hope. Supposedly he’ll know one way or the other by the end of the month. And even though he thought he’d done all he possibly could to show his undying interest when he was on the original wait list, he reached out for advice and found a few more stones that could be turned, hopefully in his favor. Kid doesn’t want to have any regrets. Not a-one.

Here’s the dynamic in our household over the past two months:

Husband/Dad: a basket case. He’s just not good at waiting…and waiting…and waiting…for something completely out of his control that our son wants so much. He wasn’t so hot at waiting for all the regular decisions to roll in back in March, so this is pure, slow torture. He’s anxious, impatient, irritable, distracted. He tries to conjecture about what’s happening in the admissions process and I’m all, “La-la-la-la-I-can’t-hear-what-you’re-saying.” Yeah, a barrel of laughs every day.

Son/Wait List Candidate: hangin’ in there by a thread of spider silk. When he’s busy, he sort of forgets about it for a while, but then the name of the school will unexpectedly pop up in a completely unrelated context and he’ll freak out. What sucked was that he had to register for classes last week at the school where he’s enrolled, and instead of being able to do it with the gusto and engaged excitement of an elated freshman, he allocated the amount of enthusiasm one has for buying new underwear. A utilitarian process. He got it done. It’ll be fine if that’s what comes to pass.

Me: I’m supposed to be the grateful one. The perpetually happy one. Merry sunshine. The rock. The calm, sensible, lone female in the house who finds all the silver linings. And believe me, I had done just that. Because I’m a card-carrying member of the 89 Club, I have a knack for recognizing and pointing out amazing memorable nuances in otherwise crappy situations. For weeks, I had generously shared my cautious optimism and encouragement with my two despondent, jittery, testosterone-y partners-in-waiting. I had been the point person for relentlessly inquisitive ficcanasi who wanted to know where my kid was headed. I had rolled with it, smiled and kept it together.

That is, until I hit the wall last weekend. Nine months and one week since he fired off his application. Finally. Reached. My. Limit.

So now I’ve got two things bugging me. One, this decision is literally hanging over everything, sapping all positive energy, and dragging down everyone in the household and a few interested onlookers who either genuinely care or have taken Vegas odds and are checking in periodically to see if they’ve won. A few anxiety-filled months take quite a toll on the body and mind, and there are long moments of suspenseful terror every afternoon, Monday through Saturday, when I see the mail truck amble up the street. At least Sunday brings merciful relief that there’ll be no news for the day. I have seriously never been so fat, looked so awful, or felt so listless, aimless and lackluster. There’s this amorphous pall of uncertainty over all the jubilant graduation ceremonies and celebrations that are happening over the next couple of weeks. When I sleep, I have vivid dreams that are joyful and thrilling, and then I wake up and remember that my sweet, hardworking kid is still waiting.  And hoping. And dreaming. Almost there, but not quite. Tormented, day and night.

But second, and equally stressful, I’m grappling with the grateful part of my brain that tells me to just STFU and get over it. I have an unbelievable bounty of blessings, and I have no right to complain about a single thing in my life, especially something that will have a positive outcome no matter what. I mean in the end, my son will go to a college he likes in the fall and I couldn’t be more proud of him regardless of where he goes—so I’d have to be some colossal ingrate to whine about such a comparatively petty annoyance. I have friends who are gravely ill, seriously ill, chronically ill. I have friends who are unemployed and struggling. I have friends who have troubled marriages and family relationships, and friends who face critical challenges with their kids every day. Why would anybody be compelled to summon even a shred of sensitivity for my silly woes? I’m pretty sure I’d roll my eyes if someone else were complaining about something so seemingly insignificant.

And there it is. The only downside to gratitude I’ve ever experienced: the acute guilt I feel for letting first-world problems trickle in and erode an intrinsically grateful perspective. When I finally put my finger on the fact that I’m feeling guilty for having a lapse in gratitude, my wise husband reminded me that it’s okay not to feel grateful every minute of the day. That helped a lot. Actually, I’m grateful to have learned this lesson: to live a grateful life doesn’t mean that you can’t occasionally lament your circumstances or acknowledge disappointment without looking for a silver lining. There’s no shame in feeling uptight and cranky every once in a while, and sharing that frustration with people who care about you. Whew.

After all, we’re only human.

And someday soon, the fat lady is gonna sing (although at this point I’m pretty much her doppelganger). Fingers and toes crossed that this time, the curse of the 89 Club is shattered.

8 Responses to “The Downside to Gratitude”