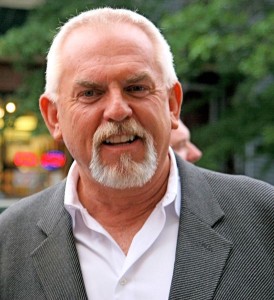 Actor and entrepreneur John Ratzenberger (yup, Cliff Clavin) shared some wisdom last Sunday in his commencement address to Providence College’s Class of 2011. My cousin, who had brought greetings to the graduates in her role as president of PC’s National Alumni Association, sent along the three-hour video of the graduation exercises. I was curious about Ratzenberger’s remarks, so I fast-forwarded through the diploma ceremony, and his message resonated with me enough that I decided to share an excerpt. (For his full remarks, forward to 2hr 33min) It echoes the chapter on “Resilience & Accountability” I wrote inLetters From Home.
All words are by John Ratzenberger, and transcribed to the best of my (limited!) ability:
“When I heard the lyrics of the popular Beatles song, ‘Lucy in the Sky with Diamonds’—you know: ‘Picture yourself in a boat on a river with tangerine trees and marmalade skies’—you know the song—my question always was, who built the boat? Someone who was not stoned or drunk had to get up in the morning, measure, cut, bend and shape wood into a boat before the Beatles or anyone else could slap on a goofy smile and imagine magic dragons and marshmallow seas. Someone had to get up in the morning, put their hand to something useful and be responsible for their work, themselves and their families. It was that philosophy that built and shaped this civilization. It is that philosophy that brought us to the dance, and as the saying goes, ‘Dance with the one who brought ya.’
“I have always been a fan of the Judeo-Christian ethic that you don’t have to be Jewish or Christian to follow: Be responsible for yourself and the family you create—and let your work speak for you.
“While I was touring this great country during my show, ‘John Ratzenberger’s Made in America,’ I had the opportunity to visit factories that make everything from bagpipes to baseball caps to bulldozers and bathtubs. It was at one of the larger companies I got to talking with the CEO about the young workforce entering the marketplace. He told me a story that I’ve heard variations of across the country. He had hired a young man fresh out of college to work at the headquarter office at a very decent salary. After three days, the CEO told me, they had to fire the kid. Apparently, he wouldn’t listen to anyone else’s advice or direction; he always thought his ideas were the best and he refused to work in a team atmosphere. The boss had no other choice but to show him the door after only three days on the job.
“On the fourth day, the kid returned with his mother. The mother walked up to the CEO and told him to apologize to her son because he had ‘hurt his self-esteem.’ (Laughter). Another true story. Once again, I have to apologize on behalf of the Woodstock generation, where the notion of anointing someone with self-worth for doing nothing first raised its ugly head.
“Before that ‘feel good’ generation took charge, you actually had to earn self-esteem. You had to go out in the woods and figure things out for yourself. You had to listen to people who had been doing the job long before you got there.
“Before the notion of giving a child rewards for doing nothing, you had to be at least passably good at what you did in order to participate.
“Before the era of over-praise and playdates, there was a time you had to try out for Little League, and if you weren’t any good at it, you simply were told so, and you didn’t make the team. You didn’t get a uniform and a trophy simply for just showing up. But what you did get was a golden opportunity that gifted you for the rest of your life. You were able, at a young age, to learn the skills necessary to handle an emotional crisis. If you didn’t make the team, you either practiced until you could, or you found something else like stamp-collecting, tap-dancing or ventriloquism. Nobody gave you a trophy just for showing up, and yes, I still enjoy tap-dancing. (Laughter)
“So…I didn’t bring my shoes with me, so you’re lucky!
“So all you parents out there, I ask you not to scold your child’s boss on self-esteem. Instead nail the kid to the rafters and let them figure it out on their own. (Applause)
“And my advice to you, graduates, is: Learn how to cook. Build something with your own hands. Know how to change a car tire. Learn to whistle! Make a baby. Laugh. Oh sorry, that’s: Make a baby laugh. (Laughter) Doesn’t have to be yours.
“And, most importantly, if you’re ever given the honor of speaking at the commencement of a prestigious place of learning, know when to stop.
“Thank you, God bless you all, and have a great life!”