Holiday Treat at the Met Room 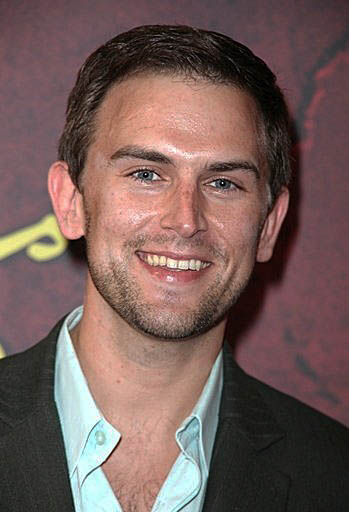 Last night was a delightful example of how the simple things can often be just as special as glitz and glam. It was a charming contrast to the “big” stuff we’ve been doing lately in the City.

Let me back up a bit. Yesterday was December 17th, my mom’s birthday. She would’ve been 65. Last year (the first year she was not with us), by coincidence, it also happened to be her yahrzeit (the anniversary of her passing on the Jewish calendar). Because we had had a long-planned cochlear implant checkup in NY scheduled on the 18th, we decided to travel from RI on the 17th with the whole gang for a little adventure in the City. We zipped down on that unseasonably warm day (temps around 60!) and that afternoon we were enthralled with the fabulous Jersey Boys matinée. All six of us adored the show, and it was a memorable way to spend the day, doing something my mom (aka “Mimi”) would have loved. It was joyful rather than wistful, and it felt like a celebration of her life.

In the following months, the show inspired me to find out more about the talented actors who portrayed Frankie Valli and the Four Seasons. And ever since, I’ve tracked the careers of John Lloyd Young (who originated Frankie and left the show just before Thanksgiving) and my other favorite, Daniel Reichard (who originated the Bob Gaudio role and is leaving the show just after New Years.) Well, about two weeks ago I got an email that Daniel Reichard was going to be doing a show of standards and Christmas tunes at the Metropolitan Room on 22nd Street. When? December 17th. What a coincidence! How could I resist spending that date with Daniel Reichard two years in a row?

We decided to make an evening of it (without the kids of course), and instead of going to an overblown, overhyped restaurant for dinner, we picked Arezzo, the little neighborhood place two or three doors down from the Met Room. It was small and adorable and we opted for two seats at the bar, which is often the most fun because you get to know the bartender. The food was authentic and fresh – scrumptious piping hot escarole and bean soup, a yummy antipasti salad of warm buffalo mozzarella with artichokes, splendid falling-off-the-bone osso bucco on delectable saffron risotto, homemade chestnut pasta with mushrooms.

The Met Room was the perfect enchanting complement to our enjoyable dinner. It’s a teeny-tiny place, formerly a comedy club, with numbered tables and a two drink minimum. The whole joint holds 135 people. We were all packed into the miniscule “lobby” waiting to be seated for the 9:30 show when Daniel Reichard himself, in jeans and with a big smile, popped in the front door and waded through the small crowd to the dressing area. Cute as a button, just a regular guy with no entourage. We were led to our table, a banquette tucked into a tiny corner to be shared with a few other eventual stragglers, and cuddled in together. What’s better than snuggling up on a cold winter’s night in an intimate room with live music and a couple of glasses of Frangelico?

We were presumably the only people from ‘burbs in this local, neighborhood place. Lots of Daniel’s friends, actors, a few Jersey Boys groupies. Daniel has the velvety voice of an angel, and he sang Gershwin standards, showtunes, beautiful Christmas carols, and a few admittedly cheesy holiday tunes for an hour, all the while chatting it up like we had come to see him in his parents’ living room. He was backed by a small chamber orchestra with a guitarist, cellist, violinist, clarinetist and pianist, all his friends. Simple, sweet, adorable. It wasn’t Madison Square Garden and his guests weren’t Prince and Tony Bennett. His guests were two of his friends, actor Robb Sapp and singer Amy Wren, who duetted on a tune.

We old farts from Connecticut were among the first to leave, and Daniel was just standing by the bar in the lobby. We introduced ourselves, shook his hand and thanked him for a lovely evening. He asked how we had found him, and was so flattered. He said that he loves what he does, and we told him it shows. No prentention – just a sweet guy from Ohio with a magnificent voice. We wished him happy holidays and went on our merry way.

Not sure what Daniel’s doing after he leaves Jersey Boys except for a handful of appearances in Candide with the NYC Opera in April. But whatever it turns out to be, I think I’m destined to find him again next year, on December 17th – think of my mom, and smile.