It’d been five years since we roadtripped to Florida, and in that time our dearest wish came true: we could actually use our smartphones to find the nearest Starbucks off the highway. I know, we dream BIG, don’t we?

So after a miserable winter where we’ve racked up five missed school days because of snow (so far), the six of us were more than ready to soak up some warm sunshine. We recently piled into the Family Truckster and headed south. Destination: Disney, with continuing service to Palm Beach. And without further ado, here are random musings and miscellaneous observations from the road, Andrea-style:

• There are a lot of cows in the United States.

• I think Manasses is sexist. What about Womanasses?

• We saw license plates from 42 states, 1 district, and 4 territories. As far as we could tell, there was no one left in either New York or Ontario. The elusive states: Arizona, Hawaii, Kansas, Nebraska, New Mexico, North Dakota, South Dakota and Utah. 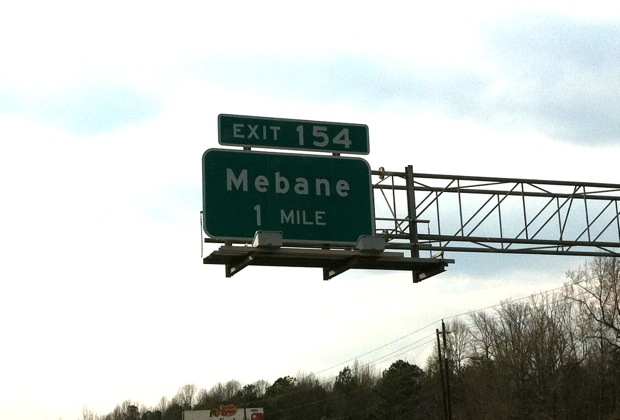 • Listen, I think it’s swell that you’re a LEED-certified property, but let’s be honest: if I need to shower 17 times longer than usual in order to rinse the shampoo out of my hair, that’s not really conserving water. But we do appreciate the $100 credit to each room for our inconvenience. And you’re welcome for choosing the Ritz-Carlton Charlotte. 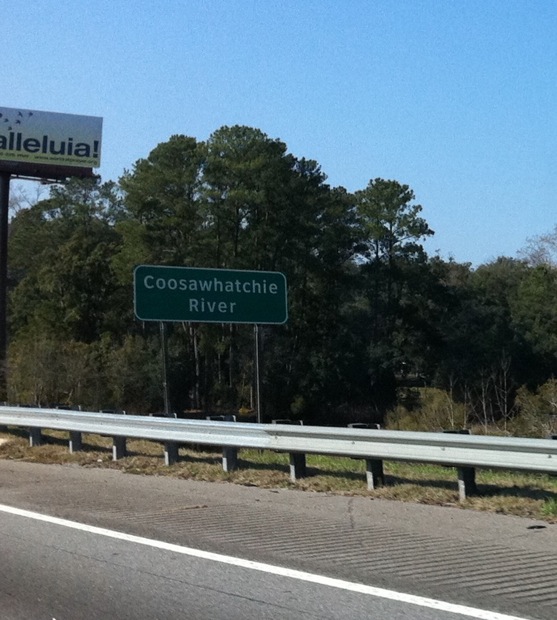 • You can tell I’m the mom of boys because the signs for a town called Butner repeatedly made me laugh.

• Sure, they’re glad Georgia’s on my mind, but the real question, Governor Nathan Deal, is, am I on Georgia’s mind? 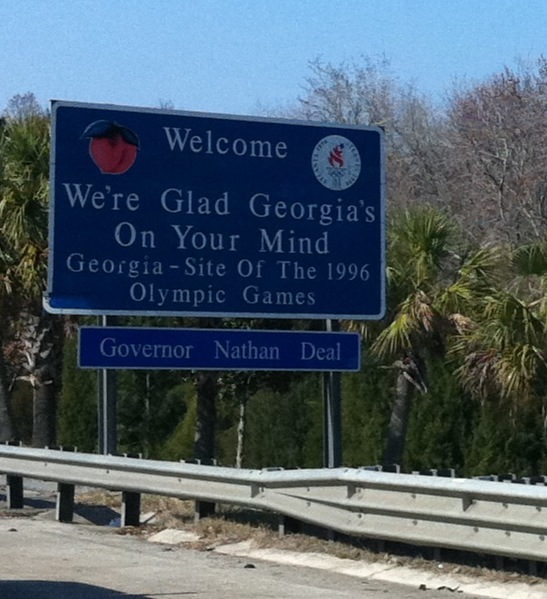 • Most flattering question asked of me (while having a facial): “Are those your natural lips?”

• Apparently South Carolinians do not drive on the highway. Every car on route 95 was from another state or province.

• Two best bumper stickers: “Amish men do it with hoes” and “Bail out Studebaker” 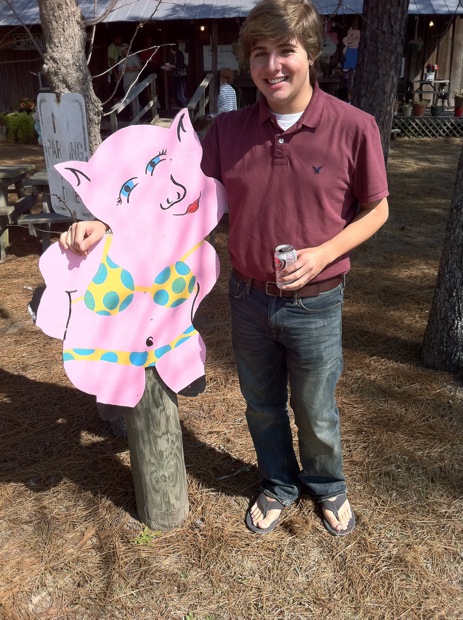 • Was listening to American Top 40 from the year 1979 on XM ‘70s and it was mighty thoughtful of Casey Kasem to play an “AT40 extra” by Michael Jackson as we drove thru Jacksonville (“Until then, keep your feet on the ground and keep reaching for the stars”).

• Checked in at the Ritz-Carlton Orlando next to Fergie and Josh Duhamel. She was tiny and gorge with big sunglasses and enormous platforms, and he was swoonfully adorable in a baseball cap. Carried their own luggage. No entourage. In town for Josh to say, “Gentlemen, start your engines” at the Daytona 500.

• Disney with teens is so civilized. No stroller-pushing, handholding, headcounting, or emergency tinkle runs.

• It is possible to do the Magic Kingdom in 3 hours flat. 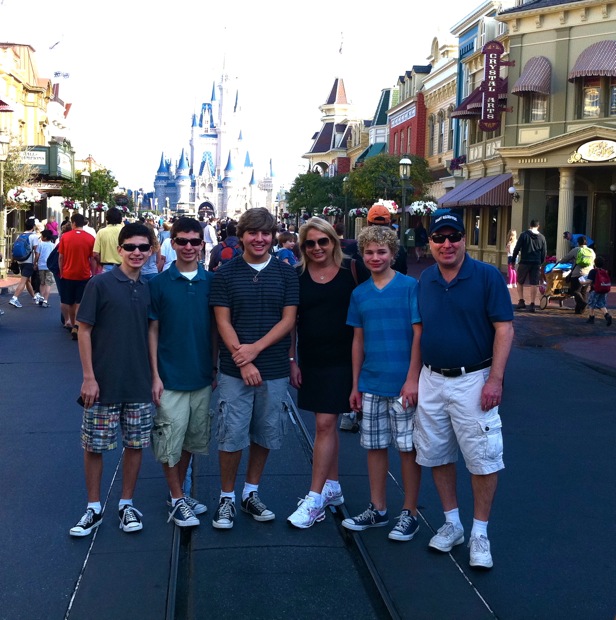 • Affirmation of the obvious: We’re just not Disney people. I’d soooooo rather be a shareholder than a visitor.

• People will actually stand in line for over an hour to buy a customized wand.

• Oh thank Gawwwwd. I usually just stand in front of the damn sink and wonder: 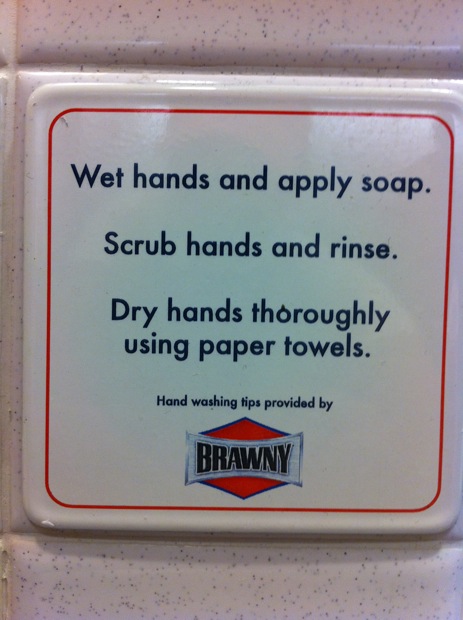 • Corporate-looking lady who we decided was “Eileen from HR,” totally hammered at the table behind us. Laughing loud like a ticklish hyena. Whole restaurant looking at her. No doubt faced a wicked hangover for the keynote the next morning.

• Dear Norman’s of Orlando, When you still haven’t served us our entrees after an hour and 15 minutes, we’re going to leave your restaurant. And sending us a letter IN ALL CAPS telling us you strive to provide the best “ATMOSHERE” and inviting us back at our “CONVEINANCE” isn’t gonna help matters

• How can you tell I hang with a bunch of teenage boys? We had to back up so they could take this pic. That is, after they stopped peeing their pants: 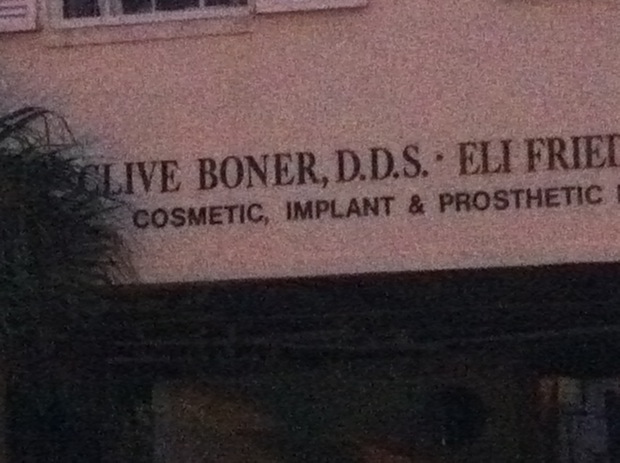 • Most frequent question asked of us by strangers: “Are they twins or triplets?” 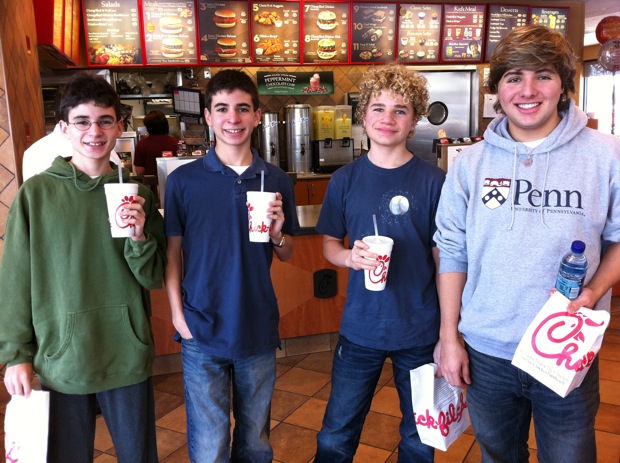 • REALLY, corporate group staying at our hotel? Renting a dozen Toyota courtesy shuttles for your sales team was cheaper than getting a bus? Wait til Fran in Accounting hears about this!

• I thought the hotel should buy this pic taken by Zack as a promotional photo (but then again, I was a little drunk at the time): 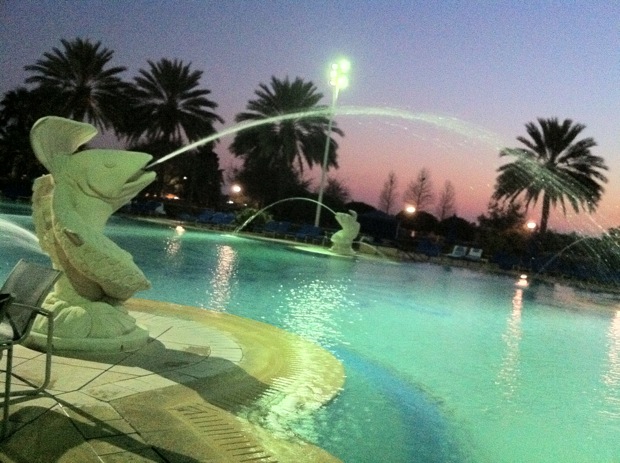 • GONE!!! Ben’s iPhone flew off the last roller coaster ride of the day at Universal. For real. It’s been recovered in crushed condition (it was positively identified through the iPhone equivalent of dental records), and is being mailed back to us for posterity.

• When this is the scene outside my door 5 times a day and you don’t give a crap, you can bet I’m not changing hotel rooms. I’m changing hotels. 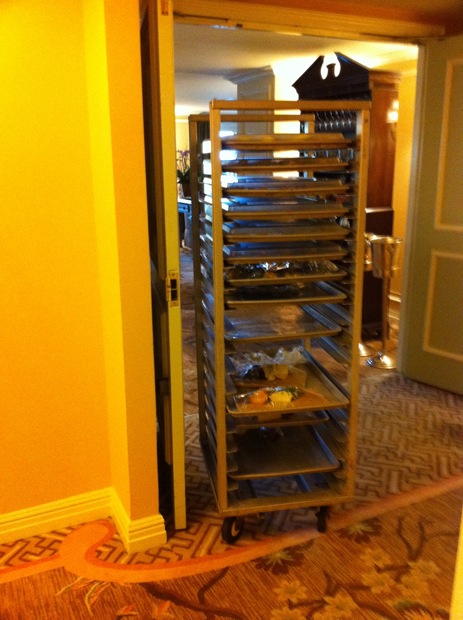 • According to the welcome sign, West Virginia is simultaneously “wild” and “wonderful.” Oh yes indeedy, double-wides, used tires, extra teeth, a Walmart on every corner. And frighteningly just over a 5-hour drive from my home.

• The xylophone is a terribly underutilized musical instrument. Especially within the gangsta rap genre.

• Overheard at Universal: “Where ya find them turkey legs at?”

• And on the seventh day, the Griswalds hit the laundromat. Oh, the glamour never ends for Andrea. La lavandería no es muy bonita, but Mama washed and folded a week’s worth of laundry for six. Phew. Clean underwear rocks. 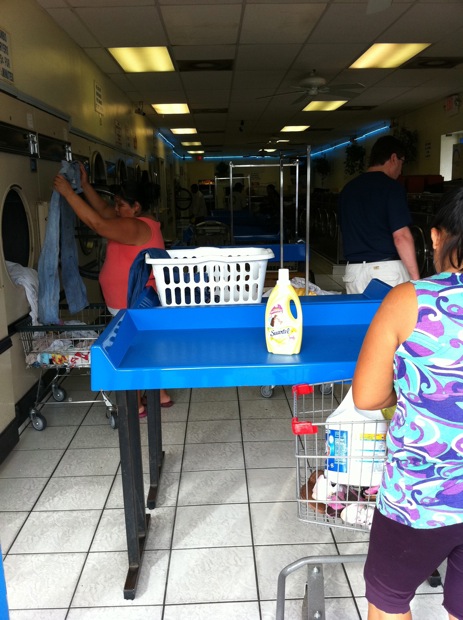 • Re: Minnesota. Do we know if anyone actually counted or are we all just taking the license plates’ word on that lake count? 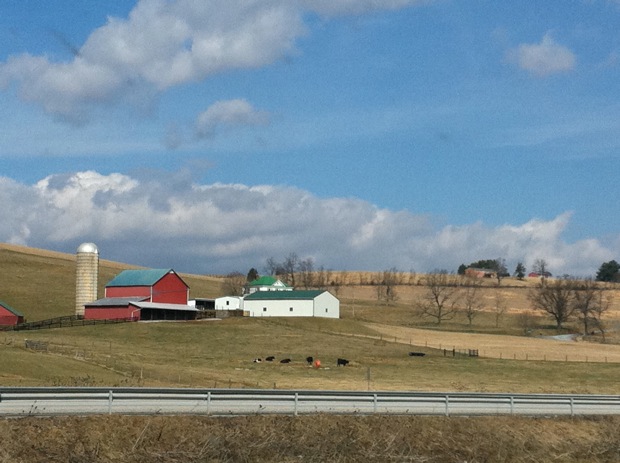 • The Ritz-Carlton’s signature line used to be, “My pleasure,” but has now been changed to, “I’m so sorry!”

• I’m convinced there really is a middle of nowhere, as it seems we stopped there for gas in the Appalachians.

• Saw Frankie Valli and the Four Seasons in Charlotte. The man is 77 and as big as my pinky toe. 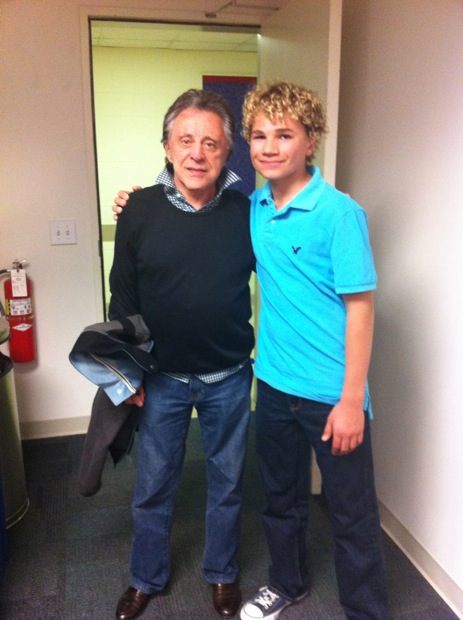 • “And it’s get-ting very hard to staaaaaaaaaaay.” File under “Extremely Corny Themed Music”: played “Allentown” as we drove through the actual town. And “NY State of Mind” as we crossed into the Empire State. Thank you, Billy Joel playlist. 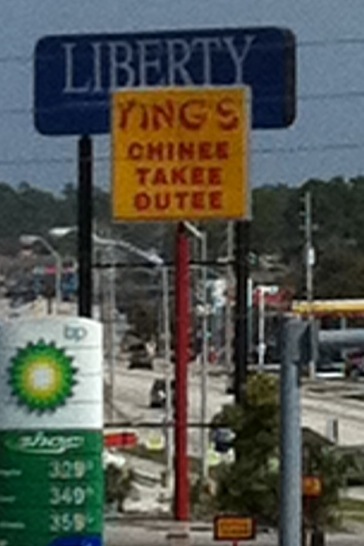