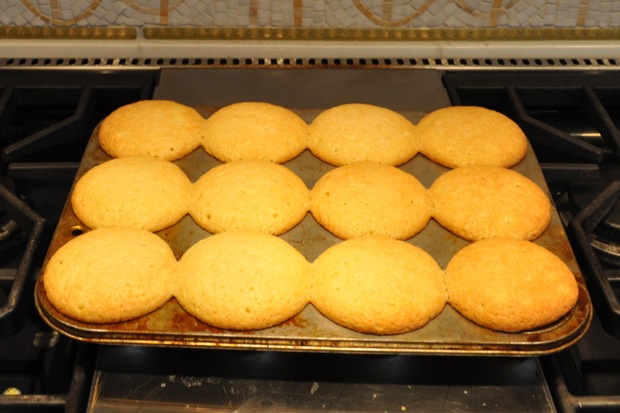 I know you’re thinkin’: “Alright, sistuh, whattup with the horrific photo of some decidedly unfestive still-in-the-pan cupcakes and the abysmal ratings? Were you entering an Ugly Cupcake Contest or did you fall asleep before you could frost them?”

Take a breath. It’s all in the name of science.

Our local eighth graders are mid-way through their major science projects for the middle school Science Showcase, and these cupcakes are part of Zack’s experiment. The kids can work independently or pair up with a classmate to develop a hypothesis on an approved topic of their choice, design and run a series of tests, record and graph the results and graphically present the project. Parents get to tour the Showcase and see displays by all 300 kids shortly after the projects are due in early December. (Shoutout to Kelly and Ben for their brilliant project last year!)

As for my two current eighth graders, Jake and Zack each decided to work independently (they aren’t in the same pod anyway, so they weren’t eligible to team up with each other), and while Jake’s hypothesis had (of course) to do with the altitude of major league ballparks and the number of homeruns hit at each, Zack – our mini Alton Brown – brought his inspired curiosity to the kitchen. A huge fan of Food Network’s Good Eats, Zack developed a hypothesis about the temperature of butter in cupcake batter and how it affects the height of the finished baked goods.

So yesterday I was Zack’s assistant in the kitchen while he baked and analyzed three batches of cupcakes. And I couldn’t resist suggesting he find a Barefoot recipe to use so I could have a whisper of an excuse to write about his interesting experiment.

This Barefoot recipe, for Birthday Cake, happens to be identical to the recipe published in the very same book for “Flag Cake.” Yes, they’re decorated differently, but it’s the same yellow sheet cake. I was fairly curious myself about how a cake would taste when the ingredient list surprisingly does not include baking powder, but rather baking soda and cornstarch. And I’m supremely sorry to disappoint all of you who just grabbed your car keys and were going to rush over to my house for the homebaked leftovers, but the answer is “BLECH!” They were dense, spongy and had a really unpleasant, almost metallic flavor, in stark contrast to Ina’s magnificent Coconut Cupcakes – so much so, that frankly, they didn’t even warrant the effort to frost (nope, not even with vomitrocious canned frosting). Instead we threw all three dozen into the freezer, and Zack can bring them to hand out at the Science Showcase if he wants. (And you know me, I’d go pretty far for even a mediocre cupcake!) 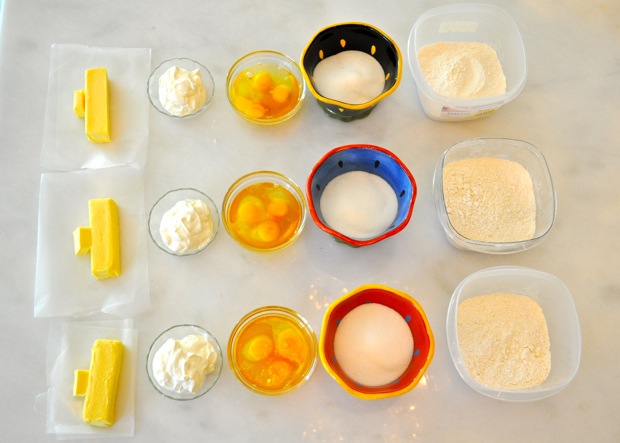 Zack took the original sheet cake recipe and halved it for each batch of 12 cupcakes. For the first batch, he used cold butter out of the fridge, with an internal temp of 46°F. For the second batch, he let the butter sit out for a while until it had an internal temp of 58°F. For the third batch, he used room temperature butter, which he measured at 70°F. (He actually did all the measurements in Celsius, but my brain jus’ don’t roll that way.) The remaining refrigerated ingredients – eggs and sour cream – were at room temperature, as the recipe called for.

The batter only seemed to appear different during the first step, where you cream the butter and sugar. With the coldest butter, you could see big chunks of butter and clumps of sugar granules. With the warmest butter, the two ingredients combined into a very soft, smeary, granular substance. With the middle temperature butter, the mixture appeared smooth and consistently incorporated. Once he added the rest of the ingredients and mixed on medium speed for two-and-a-half minutes, though, all three batters wound up having the same appearance and texture. We measured two precisely level ice cream scoop-fuls of batter into each cup, and baked each pan at 350°F for 27 minutes, using the first batch with the coldest butter as a timing guide. (Cupcake baking lengths on the internet ranged from 18 to 35 minutes. Um, thanks, could you be any less specific? We actually sat on the floor in front of the oven with that first batch from 18 minutes on, and ended up adding a total of nine more minutes until the cupcakes looked reasonably done.)

What did Chef Zack find? The cupcakes made with the coldest butter came out of the oven with the most varied heights, and sunk significantly in the center after cooling. The cupcakes with the warmest butter (“room temperature” as the recipe had recommended) were also fairly inconsistent in height, though not quite as much as the ones made with cold butter. They also looked almost like they had melted and then seized up during baking. The most consistent cupcakes in both appearance and height were the ones made with the 58°F butter, which is best described as slightly firm – your thumb would make an indentation in it, but you couldn’t, say, smear it on your legs and use it as shaving cream. (Ewww! Gross!) 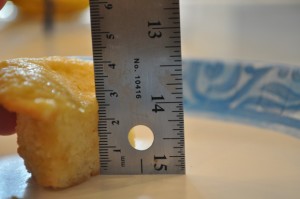 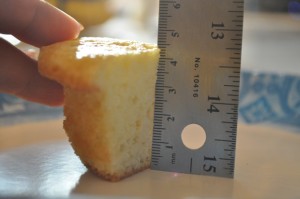 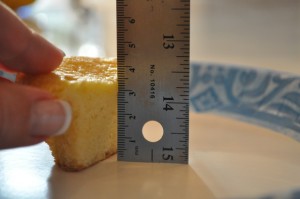 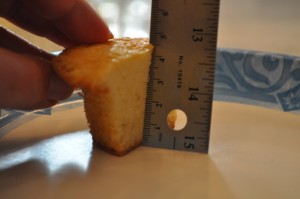 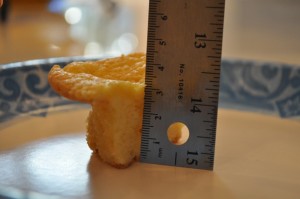 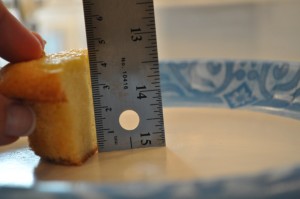 Intriguingly, I found this result to be consistent with an article I read last month in Fine Cooking, which claimed that you get the best results baking with butter that’s neither right out of the fridge nor room temp. (They recommend 65°F, and I’d try the experiment again using butter at this temp, but I don’t want any more of this revolting crap hanging out in my freezer.) I’ll certainly keep this in mind for future baking. I’ll also remember not to use this disgusting recipe again.

Go Chef Zack! Can’t wait to see the rest of your project!