AN OPEN BOOK: Off and Running 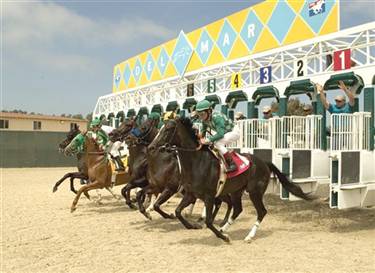 Well, you’ve been through the process of building a house with us…you share in our triumphant and disastrous culinary adventures…so we thought you might want to join us on our exciting journey to publication. Because I probably won't be blogging regularly about other stuff, I'll keep you in the loop through these blog posts which will be titled, "AN OPEN BOOK."

Buckle up: the story begins with a brief trip in the way-back machine.

A million years ago—ok, maybe more like 11 or 12 years ago—I suggested to Dave that he write a personal finance book based on the interesting stories of many of his clients. Now if you know Dave, you know that (ahem) he has never been—nor will he ever likely be—on the short list to receive the Nobel Prize for Literature. And with four little boys under the age of five at the time, I was certainly in no position to offer help. So I connected him with a superb business writer named Hugh, for whom I had worked in my very first job out of college and always had tremendous respect and admiration. They clicked instantly, and Wealthbuilding was born. Hugh researched and wrote, I did some editing as a favor to Dave…and wouldn’t you know it, when they turned in the manuscript just before the deadline, the editor informed Dave that it was shy of the page count in the contract. So in exchange for co-author credit, I agreed to conceive and speed-write three new chapters in about two weeks. I locked myself in, wrote furiously, and produced the balance of the pages. The book was released as part of venerable publisher John Wiley & Sons’ professional series in 2000, and was tweaked and re-released two years later as a consumer book. It was a bestseller in Amazon’s business and finance category, and Dave did a bunch of national media appearances and interviews. Although they don’t remember it now, the boys thought it was way cool to wake up early, flip on CNBC and see their Daddy chatting up Liz Claman.

Fast forward to this past summer, in the wake of the miserable recession. With so much having changed over the last 10 years, Dave and our editor at Wiley started talking about updating and re-releasing Wealthbuilding. Our editor said we could revise the content to our hearts’ desire, but she still liked the Wealthbuilding title and was hoping to continue to use it. Whatevs – if that’s what floats your editorial boat. Dave reached out to Hugh and me to reunite as co-authors, and the three of us spent time in July and August doing research and holding preliminary planning sessions over the phone.

Of legal concern to the publisher, meanwhile, was getting the fourth original co-author, Dave’s former business associate, to grant permission to reuse the title and to waive potential claims to our future published work, without, of course, giving up any rights to the previous work. The publisher agreed to our suggestion of taking the high road and having Hugh simply ask him to sign off. Alas, after taking his time to consider the request for most of the summer, the former co-author decided, for whatever reason, against granting the request. So the publisher pulled rank and engaged a less friendly tactic, assuring us that we had clear use of the title. Not that it mattered a lick to us that we reuse the title, but it made the publisher happy. And we like to keep the publisher happy!

In fact they sent the three of us a contract to review in September, using the Wealthbuilding title, and assumed we were well on our merry way to getting this book rewritten. There was only one problem. After talking and thinking about this project all summer, I had lost my mojo to spend half a year writing another yawner about financial strategies. Much to David’s extreme chagrin. And so I dug in my heels (as my Taurean nature dictates), and on principle refused to sign the contract until I felt gung-ho about what I would be writing. Which made Dave and me yell at each other a lot, and sent us back to the drawing board. Literally.

We set up our empty third floor as a creative studio, equipped it with a huge white board and an even more ginormous cork board, and the two of us brainstormed for weeks to craft a new concept. I kept coming back to the fact that there are already a plethora of books on the shelf that offer financial advice and investment strategies for how to make money. If it actually were as simple as following the advice in these personal investing books to make lots of money, given their popularity, wouldn’t there be many more millionaires out there? Wouldn’t the level of individual debt have dropped significantly?

The most intriguing question to me was: Why can some people appear to consistently make all the right decisions where money is concerned, while others, who claim to diligently follow the technical advice of financial experts never seem to be able to dig themselves out of their hole and build sustainable wealth? So with that in mind, the two of us were inspired to conceive a book that we both became immensely excited to write. I still wanted to add another unique twist to further differentiate it, and one night while on a sushi date (all good things happen after sushi and sake!), I had my aha moment. Rather than pontificating, why not interview experts who exemplify our points and let them do much of the talking? And why not write the book in the form of letters to our boys, and essentially let readers eavesdrop on our teaching opportunity? We handpicked an extraordinary group of people who exemplify our points, and asked if they would be willing to share their philosophies with us – and ultimately our boys. Every single person we asked agreed without hesitation, and all thought the concept was pretty cool.

We had long since jettisoned the title our editor had sought so valiantly to reuse, and eventually – since we were truly starting from scratch and the book was going to be a more personal effort – we had to break the news to Hugh that we were going to write this book ourselves. Ever gracious and professional, Hugh understood and generously offered to consult throughout the project.

In five whirlwind months, the project had evolved from three of us tweaking an existing book, to the two of us writing an entirely new concept. When we finally contacted our editor in the late fall, she was surprised to hear from us. And not so much in a good way. Distracted by a family tragedy, she had lost track of the fact that we had never executed the contract she had sent two months earlier. She had assumed we were well down the road in the writing process and that she had a book for market next April. With the news that we weren’t going to be rewriting Wealthbuilding, she told us she would have to go back to her sales team with our brand new proposal. Though she liked it, given the state of the publishing industry, she was not particularly optimistic that a new book would fly with the sales team. Major publishers aren’t exactly rushing to publish loads of mid-list books these days, as Kindles soar in popularity and distribution channels continue to evaporate as yet more big booksellers are in danger of folding. Having invested our hearts and souls in this new concept, Dave and I privately agreed in the meantime that we would self-publish if necessary. But ultimately – owing largely to the fact that we are repeat authors – Wiley accepted the proposal.

While we were writing the proposal, I confided to Dave that if we were lucky enough to get published, my greatest wish would be to donate 50% of the book royalties to breast cancer research. Our editor loved the idea, and is on board for a tentative October 2010 release to coincide with National Breast Cancer Awareness Month, BUT…we have to complete the manuscript by May 15th – my birthday. Happy birthday to me! Normally it takes a year to write a new book, so we’re doing this in warp speed. And we’re mighty thrilled to have the opportunity to do so.

The contract arrived just before Christmas. As soon as I sign my name, I am off and writing, my friends!