AN OPEN BOOK: A Very Good Week in Book Land

Woohoo! We not only managed to do the cover shoot last Saturday, but it was one of the most rewarding days ever. The “artist” we hired was actually a sand sculptor named Andy, and with our direction he created an extraordinary sandcastle at Georgica Beach in East Hampton. Because the book is written in the form of letters to our boys, we wanted the cover image to convey a lot of things: fun, creativity, dreams, aspirations, simplicity, success and a childlike quality. We thought a sandcastle would accomplish all that, and we actually incorporated a real alarm clock into the clock tower to symbolize the “wake-up call” in the subtitle. The back of the castle is the castle wall, and each of our boys actually carved his name into it.

The castle took over five hours to build, and Matthew helped Andy from beginning to end. We had loads of tantalized spectators throughout the glorious sunny day, and the tide came in just as the castle was done, surrounding it like a moat. Our amazingly talented photographer (and my darling friend), Marcia, shot intermittently for three hours, shin-deep in the bone-chilling 48° water. She took over 700 images of the castle from different angles, in varying light, with changing cloud formations and tidal pools. We went through them together that night (after hot showers and good red wine!) and selected two magnificent shots: one for the front cover and one for the back. I’m so proud to share Marcia’s and Andy’s gorgeous work! 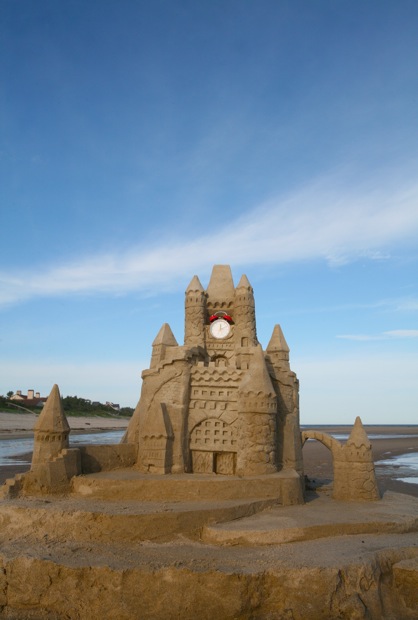 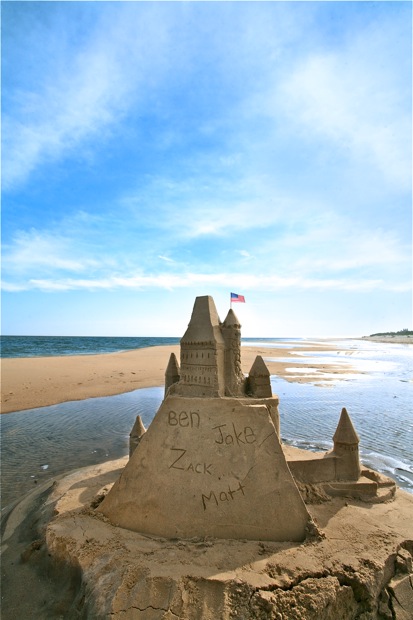 Our editors and Wiley’s design team were anxiously awaiting the results of the shoot to see just what on earth we had conceived, and they were thrilled. I designed a mockup of the front cover with title and authors’ names, and the design team is working on executing it. Next, I finished up that last profile that I had reinterviewed the person for. It was actually harder to rewrite than to start from scratch! But I’m much more pleased with it. So now the profiles are checked off my list. The next piece of writing I chose to attack was the Introduction. It’s a critical piece, as it’s the foundation for the premise of the book. We’ll use snippets of it in many different ways, including publicity, so I wanted it to be strong and tight. I had written a preliminary rough draft back in January, and it was actually a pretty good starting point when I reread it this week. I finished a decent draft on Friday night, and today I edited and refined the work – um, like seven times, because I’m a nutcase. I got to the point where I just needed to get away from it for a few minutes so I took a shower, but I had a couple of word choice epiphanies while I was in there, and I called for David to stand outside the shower door and take dictation. So if and when you ever read the book, you’ll be delighted to know the secret that I was naked when I wrote some of the Intro. I’m really proud of the piece – it’s possibly some of the best writing I’ve done. (And definitely the best writing I’ve done naked!) The portrait artist we hired sent us the first stipple drawing this week, and we were over the moon! We actually couldn’t help ourselves and sent it along to the actual person in the picture, and he was – in his words – “in awe.” How can I not show off this beautiful work? (Who is he? If you don’t know, you’ll have to read the book to find out!) 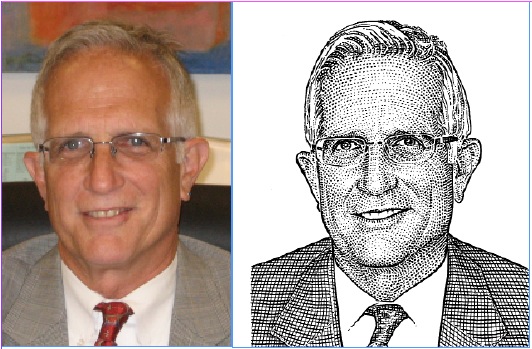 This coming week, it’s All Letters, All The Time for yours truly. Clothed most of the time, I hope!