A Grateful Year Since My Preventative Mastectomy 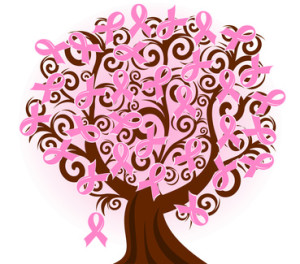 Happy birthday to me…or at least to part of me. It was exactly one year ago—March 6, 2007—that I underwent my life-changing preventative mastectomy and came out with my new breasts. Sorry to disappoint, but there are no “before-and after” shots linked to today’s entry. Best I can do is report that while I have slight incision scarring, everything has healed up quite nicely, and the biggest aesthetic upside (literally!) is the gravity-defiance factor. Quite simply, silicone rocks! And while so far I’ve stuck with these adorable C’s, which were the largest implants the surgeon felt he could prudently insert at the time for my best shot at complete skin and nipple healing, I may swap them out for my original D/DD’s with a quick day surgery at some point.

However, the groovy new breasts are just a physical reminder of what I really celebrate today. When I opened my eyes 11 hours later in recovery, alone, deeply grateful that I had come through the surgery and that someone had put on my glasses, the first thing I saw was a clock across from me at the nurses’ station. It read 7:10. It is a time I shall never forget. It was the first minute of the rest of my life.

If my mother’s death 14 months before had raised the headline, “Life Is Short – Live the Life You Want,” the experience of my surgery put it in ALL-CAPS, bold and underlined (although the graphic designer in me considers that to be blasphemous!).

I had often used the “regret factor” as a benchmark in decision-making – as in, “If I pass up this opportunity will I regret it?” – but when I awoke in the hospital, I instantly knew I had to apply the regret factor to the bigger picture of my life. I knew that deciding to have the surgery in the first place and getting through it had empowered me with the courage I would need to do most anything. And I wanted to take supreme advantage of my new-found strength, rather than settling back into the same old life and losing my momentum.

The week before my surgery, we had received an invitation to a benefit in Manhattan for the NYU Cochlear Implant Center, the incredible professionals who have treated Matthew over the last five years. How neat it would be to be able to go to that and other events like it, I thought. But I knew that attending would involve an expensive overnight stay in New York, plus the tall order of finding some brave and responsible soul willing to stay at home with the boys. I quietly dismissed the idea.

The week after my surgery, I was flipping through that week’s New Yorker, and I paused longingly, like I did every week, at the “Goings On About Town” pages, which describe the many fabulous cultural and entertainment events that are taking place that week in and around the City. That’s what I want in my life! I thought. I want to be able to be a part of so many of these things. I immediately realized that I would regret looking back at my life knowing that I had not tried to see if there was a way to make that happen. David and I had long been itching to leave RI—or at least Barrington—and had had our home on the market, although we weren’t quite sure where we wanted to go. Boston and Providence seemed like the safest choices, yet neither of us was particularly jazzed by either prospect. “I think we should look at moving somewhere closer to New York,” I proclaimed. Intrigued, David agreed. And so 10 days post-surgery, we took the boys on our now-famous exploration trip to Westport. I was propped up with pillows in the passenger seat, surgical drains still on both sides, glued to a very strict mega-antibiotic schedule, but I was never so excited in my life. And as you probably know, we’ve never looked back.

Don’t get me wrong – I’m not saying that my life was horrible in the state that had been home to me since I was born (and to three generations before me). Quite the contrary—it was a privileged life indeed, living with my wonderful husband and boys in our lovely waterfront home. But I knew that staying there—comfortable, safe, yet stagnant—wouldn’t fulfill what I really wanted from life. And I saw myself someday rocking on the glider on our mahogany deck overlooking Narragansett Bay, wondering what could’ve been.

Ultimately, I owe everything to the precious confluence of courage and faith. I had never undergone major surgery before, and I had enormous anxiety about the whole experience, though I had put on a brave face. As I was wheeled away from David in the admitting room—they wouldn’t even let him up to Pre-Op—I had no choice but to believe that I was in good hands and that everything would be okay. I took a colossal leap of faith. Let me tell you, that first time is by far the hardest. Take an educated leap often enough, though, and it just becomes part of who you are. I believed that if making this big move was the right decision, each of the six of us would find happiness in our new community. We have. I believed that if we took the leap of faith to move before our home sold, it would sell quickly thereafter. It did. I had faith that if we left the safe sanctum of RI, our dearest friends would be willing to make the effort to stay in touch with us. They surely have.

In the past year, my life has changed in other ways too. I was eternally grateful to so many people who had seen me through surgery and recovery safely, and although I had always been polite and appropriate about thanking everybody, it became of the utmost importance to me to make it a point to thank people—sincerely and genuinely—for things they do. There’s not nearly enough kindness in our daily lives. Who doesn’t like to be appreciated? Yes, it’s always nice to thank people for special things. But to me, it’s equally important to appreciate people just for doing what they do every day. “Thank you for being my friend.” “Thank you for all you do to teach my children.” “Thank you for smiling as you rang up my order.” “Thank you for making me laugh.” It’s life-changing to have a grateful attitude, rather than focusing on what’s wrong. It brings a different energy to your life. Even a quick “I’m thinking of you” email often does the trick to let someone know you appreciate their presence in your life.

In the same vein of focusing on the positive, my level of patience for complainers has dropped precipitously. At the risk of sounding unflatteringly self-righteous, painful as it was, both physically and at times emotionally, I never had the inclination to complain throughout my lengthy and setback-filled (corrective surgery, multiple needle aspirations) course of recovery. Complaining just wastes valuable time in a short life. There are a million more interesting and useful things you can do instead of hosting your own pity party. I’d always been a “glass half-full” person, but now the glass was an exquisite Baccarat champagne flute half-filled with Bollinger rosé. I will gladly lend sincere comfort and compassion to others in truly sorrowful situations, but by and large, I have little patience for complainers. Good heavens, I watched my mother suffer, and eventually die, from the horrific ravages of breast and brain cancer. She didn’t waste one single moment complaining. And she certainly had more right than anyone I’ve ever known. So I’ve adopted a pretty tough “suck it up” attitude. If you push yourself and focus on what’s good rather than wallowing selfishly in the negative, things will improve.

I’ve always felt blessed to be surrounded by friends, but throughout the past year, I’ve come to recognize and put an extraordinary value on true friends. What has been most illuminating is that the friends who would go to the ends of the earth for me are the ones who share my encouraging view of life and the world. I have been blown away by friends whom I never expected to be so caring, and likewise, I have been disappointed by friends who have become too consumed with their own matters to participate in a meaningful relationship with me. Diminished friendships sadden and hurt me of course, but I don’t feel I have the time to dwell in anger, as I now know there are far richer, more gratifying friendships to be found. I’m equipped to move on, with the hope that our paths may cross again someday under different circumstances.

Perhaps the most eloquent endowment my family and I have received over the past year is our spiritual and religious growth. We rejoice in our weekly worship as a family and as part of our community. My best guess about our special connection to our new synagogue is that it’s the physical confluence of faith and courage, the convergence of the past and the future. Worshipping is deeply personal of course, but for our family, connecting through prayer and learning about our heritage is a continuing reminder of what can be accomplished, as well as an opportunity to reflect, see the bigger picture and strive to make good things happen.

All day long, every day, every week, every month, we have choices to make, and that’s what shapes a life. I’m stating the obvious here, of course. But I’ve become empowered to make the choices I want, rather than doing what I think will please others or be the safest or least controversial. I’ve also figured out that it’s not a sign of failure to stop, reëxamine things, and change course. It’s all about adapting to life’s inevitable changes. There’s no shame in that.

Ever since I was a little girl, I’ve believed that everything happens for a reason. Sometimes that reason isn’t immediately apparent, but in time, and with reflection, the reason usually becomes clear. Giving up my breast tissue was a pretty small sacrifice for the invaluable, intangible gift I’ve received. My surgery, and the circumstances that led up to it, taught me to value every minute of every day, and gave me the courage to set my internal GPS on a different course. Deep down I believe that the past four years have been a training session for a greater purpose. I’m on an earnest mission to figure out exactly what that purpose might be, but in the meantime I’m just trying to harness all the lessons and incorporate them into my own life and that of my family. I don’t know what lies ahead, but I sure am grateful for the journey so far.

And thank you—thank you from the bottom of my heart—for indulging me today.